Winning start to 2016 for Scottish athletes 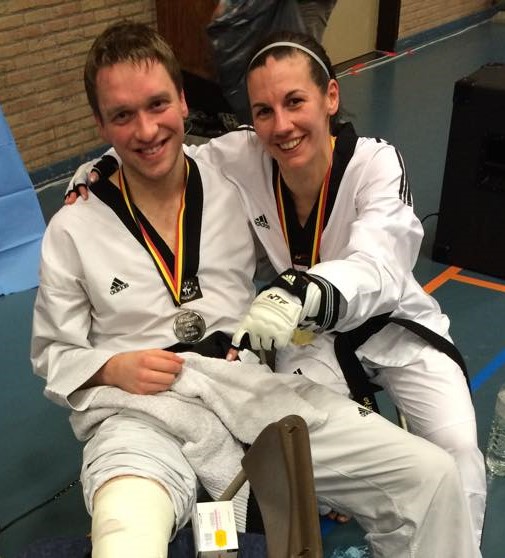 The 2016 competition season started at the end of January for Scottish athletes. Caledonian Taekwondo had a small team participating in the Keumgang Open in Diest with Laura Sweeney competing in the -57 category and Ewan Harrison competing in -87. Laura returned with a Gold medal after a close final winning 3-2 against Holland and Ewan picked up a silver medal after having to withdraw in the final due to a knee injury. The next competition for Scottish athletes is on home turf at the Raw Championships on April the 3rd. The competition will be the first competition to have e-headgear and is open to all associations and registration can be done online at www.tpss.eu.

Caledonian kick off their competition season!

It’s been a busy few months for Caledonian Taekwondo who kicked off their season at the Wonderful Copenhagen Tournament before heading over to the Irish Open a few weeks later. Denmark proved a Read more…

The Scottish Taekwondo executive are pleased to announce this years Scottish open will be held at Bellahouston Sports  Centre on the 26th & 27th of November. The competition will follow WTF rules and is open Read more…

6 in a row as Rebecca strikes Gold in Austria

Congratulations to Caledonian’s Rebecca McGowan who took the gold at the Austrian open this weekend. Rebecca who was representing Great Britain at the event had 5 tough matches to finish on top of the podium. The Read more…